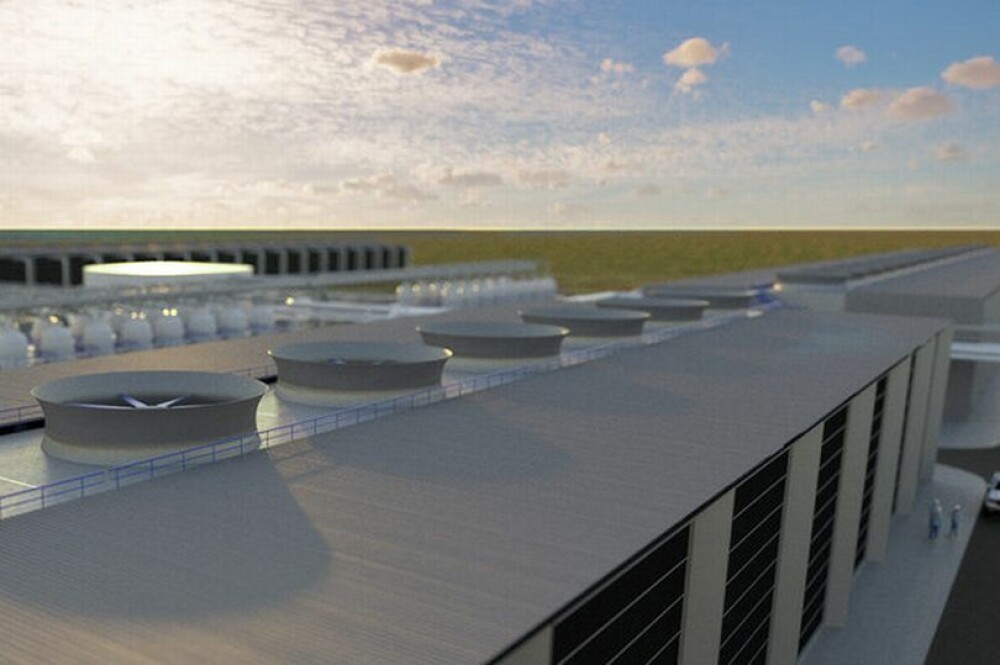 The the proposed facility could be operational by 2026

Carbon capture companies Storegga and Carbon Engineering (CE) have begun engineering and design of a new facility that aims to permanently remove between 500,000 and one million tonnes of carbon dioxide from the atmosphere annually.

Targeted for North East Scotland, it will be the first large-scale facility of its kind in Europe and the partners are aiming for it to be operational by 2026.

Once complete, it will be a model for how this clean infrastructure can be deployed across the continent to help achieve critical net zero targets, while also creating thousands of local jobs and businesses.

Following a successful feasibility study in the first half of 2021, Storegga and CE have commenced preliminary engineering and design of the proposed Pre-Front End Engineering and Design (Pre-FEED).

A shortlist of potential sites has been identified with the final preferred site to be selected as part of this work.

Locations being considered by the partnership for this facility are in proximity to the Acorn carbon capture and storage (CCS) project in Aberdeenshire. The Acorn project is currently in the engineering and design phase of development and is planned to be operational by the mid 2020s.

The Storegga and CE project should complete in the first quarter of 2022, with detailed engineering expected to follow in the second quarter next year.

A statement explained that Scotland offers "numerous advantages" for the deployment of direct air capture (DAC) projects, including abundant renewable energy sources to power the technology, existing infrastructure that can be redeployed, and a skilled workforce from the North Sea oil and gas industry.

The country also offers significant offshore storage sites where the captured atmospheric carbon dioxide can be safely and permanently stored deep below the seabed.

“The development of a DAC facility in the UK will put our country on the map as being at the forefront of net negative technologies and the technology will enable hard to abate sectors create plans to reach net zero emissions.”

DAC technology, when combined with secure geological storage, delivers the permanent and verifiable removal of carbon dioxide from the air, essentially reversing the emissions process.

For sectors of the economy that are currently challenging to decarbonise directly - such as aviation, shipping, and oil and gas - this form of greenhouse gas removal provides an effective way to address their carbon footprint and achieve net zero targets.

“In recent years we’ve observed a growing recognition of the need for large-scale removal of carbon dioxide from the atmosphere,” said Steve Oldham, chief executive of CE. “So we’ve spent the last decade optimising a highly scalable and affordable solution for removing carbon from the air and now our focus is on global deployment to help meet the climate challenge.

“Our first one megaton DAC facility is underway in the US, and we’re thrilled to be working with Storegga to develop a large-scale facility in the UK – the first of its kind and size in Europe.”

Storegga is a UK-based carbon management business. Through its wholly owned subsidiary Pale Blue Dot Energy, it is the lead developer of the Acorn CCS and hydrogen project.

CE is a Canadian-based clean energy company focused on the deployment of DAC technology. From a pilot plant in Squamish, British Columbia, it has been removing CO2 from the atmosphere since 2015 and converting it into fuels since 2017.